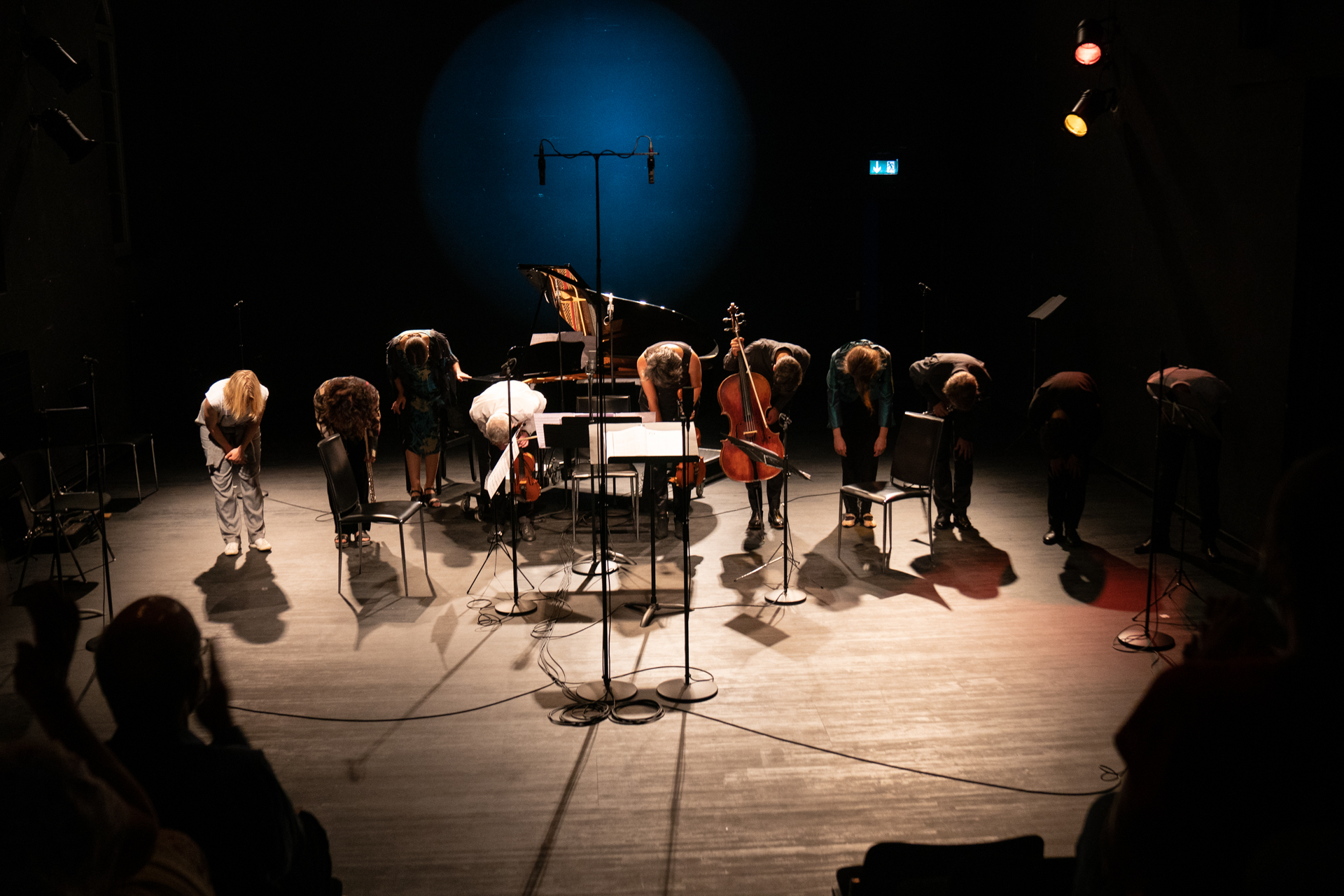 input is an electronic work which reverts the common remix process by providing the electronics first, and then requires composers to backwards-engineer what they hear into  scores for ensemble. by collaborating with multiple composers, direct auditory comparison reveals surprising common traits in unlikely places and highlights differences between individual approaches. ambiguities of sound/score relations as well as emergent parallelisms and unexpected congruencies become part of the sensory and cognitive experience.

together with trails, input is part of a group of works translating electronic music into formats for human players of acoustic instruments. born from the idea of falsifying the assumption that electronic music is automatically subject to unlimited digital distribution, these works employ access as a formal parameter: in the case of input only the involved composers have access to the digital work at source level. it introduces direct comparability of individual approaches to orchestration and designs a complex transformational chain (cross-media collaboration, scores and ensemble composition as further stages of translation and as different layers of production time). the initial versions were premiered in the form of individual derivative works by three composers ( christian diemer, johannes k. hildebrandt, erik janson) at frühjahrstage festival in weimar.

conceived as an open work, input received further instantiations. 180 degrees festival in sofia issued an open call to composition students and young professionals for new versions of input, which were performed in july 2016 by ensemble 180°. the winner of the competition (audience vote) was daniel chernov. further performed versions were entered by dimitar milev, adrian pavlov and lukas tobiassen.