Changing techno from within, Stefan Goldmann has created his uniquely own form of contemporary art music. Neither constrained by the limits of electronic club music’s functionality nor by those of academic composition, his work topics range from micro details of production to macro concepts, exposing terminal points of entire genres, formal characteristics or technical formats. His investigation into remixing might serve as an example, including both, a remix that does not change the work’s score at all while cutting up dozens of recordings (Stravinsky: Le Sacre Du Printemps), and one that replaces every sound bit until the original is no longer present except for a ghostly structural shadow (Fennesz: Remiksz). In his remix of Santiago Salazar’s ‘Arcade‘ a traditional Japanese ensemble breaks out of the track’s arrangement and takes over in order to remain on its own – the roles of sample (source) and track (destination) being reversed midway. His own work ‘Input‘ remains deliberately unreleased, but has so far been remixed into scores for ensemble by seven different composers.

In an environment in which supposedly everything has been done he keeps uncovering new artistic possibilities. These may be structural, such as in his investigations of tuning systems, irregular metres or loops, or at the intersection of technology and culture such as the preset worlds of the ‘Industry‘ project or his format-specific works for vinyl or analog/digital conversion. Intriguingly, this process has also yielded a string of poll-winning underground techno hits along the way: ‘Sleepy Hollow‘, ‘Lunatic Fringe‘, ‘The Maze‘…

The scope of his work seems vast, yet it all is ultimately derived from the core parameters of techno: grid, loop, sample, edit, track. Unified by a sharp focus on defining distinct aesthetic phenomena and an evolutionary approach to forming ever new variants within techno, seemingly disparate outings form a highly cohesive, almost hermetic body of work: What are the inner workings of electronic music? Which formal devices can be extracted from techno and re-applied to wider contexts, and vice versa? These are the main lines of inquiry Stefan Goldmann has followed decisively.

For this reason, DJing straight-up techno sets is an activity pursued with the same rigor as collaboration with ensembles, choreographers, visual artists and film makers or conceiving performance formats such as Berghain’s Elektroakustischer Salon (a now regular events series at the emblematic Berlin venue) and curating Strom and f(t) festival in Berlin. The desire to reach beyond the obvious becomes as important as the need to move on rather than to dwell on the same limited subjects repeatedly.

While being a dedicated agent of change, recurring lines can be identified. A constant in his work is exposing contours – footprints of broader organisational entities of music beyond standard fundamentals: Differences of the recording process and interpretation in ‘Sacre Edit‘, pitch bend curve extraction and readymade tunings in ‘17:50‘, the analog-digital divide in ‘Vinylism‘, DJ mix analysis in ‘Macrospective‘, comparative orchestration in ‘Input‘, digital access and inverted improvisation in ‘Trails‘ – characteristics of music which were never even considered as possible material of compositional processes are transformed into tangible elements of the auditory field and are subsequently employed as gateways to new works of music.

Format-specific contours are addressed with ‘Haven’t I Seen You Before‘, using the tape cassette as a vehicle for circular composition or with ‘The Grand Hemiola‘ for a double 12″ vinyl polyrhythmic loop construction kit. This line of work culminates in the ‘Ghost Hemiola‘ remix of the latter, consisting of a two record set of empty physical loops – thoroughly reversed digitisation: instead of content getting rid of its physical carrier, the carrier is freed from its content.

After releasing highly influential reductionist tracks for labels such as Perlon, Classic and Innervisions, Stefan Goldmann founded Macro in 2007 with Finn Johannsen. The label has released music by artists with a long track record and standing of their own such as KiNK, Patrick Cowley and Oliver Ho’s Raudive project, and has excelled with presenting the work of new artists such as Elektro Guzzi, KUF, rRoxymore, L’estasi Dell’oro and Vladimir Dubyshkin. Showcasing the work of individuals offering distinctly different viewpoints of a greater whole is at the core of Macro’s label policy. Live, these constellations have been presented at label events in Berlin, London, Paris, New York and Tokyo.

Stefan Goldmann has performed at leading festivals such as Mutek, SXSW and Time Warp. He is a regular guest at some of the world’s foremost clubs, including Berghain (Berlin), D-Edge (Sao Paulo) as well as legendary audiophile music bar Bonobo in Tokyo, and regularly tours Asia, the Americas, Australia and Europe. Outside the techno circuit he has developed commissioned works for MaerzMusik Berlin (‘Alif‘, a five hour experimental music theatre work for electronics and ensemble, featuring Samir Odeh-Tamimi, Chiharu Shiota, Jeremias Schwarzer, Salome Kammer), Nationaltheater Mannheim (with the Kevin O’day dance company), BASF Kulturprogramm, NyMusikk Norway, and others and has scored the award-winning documentary film ‘A1‘. He has staged site-specific performances at iconic venues such as Kyoto’s Honen-In Temple, LACMA Los Angeles and Centro Cultural Kirchner (CCK) in Buenos Aires and has collaborated with Ensemble Modern for concerts in Berlin, Frankfurt and Sofia. In 2020 he curated a two day electronic music festival for the Philharmonie Berlin, and was the first electronic music artist to ever play the classical music institution’s grand hall.

Stefan Goldmann was a fellow of Villa Kamogawa in Kyoto (2012), Villa Aurora in Los Angeles (2017) and is recipient of the Rome Prize of Deutsche Akademie Rom Casa Baldi (2022), with further artist residencies in Cusco (Peru), Matsudo (Japan) and Thessaloniki (Greece). His texts on digitisation and the aesthetics of electronic music are among the most discussed contributions to these topics. His first book ‘Presets‘ was published by Bookworm (London) in 2015 and is currently available in its fourth edition. He is a co-author of ‘Berghain 10: Art in the Club‘ (Hatje Cantz, 2015) and has been a guest lecturer at Berlin’s Universität der Künste, DAAD Tokyo, Folkwang University Essen, Siestes Electroniques Toulouse, Hochschule der Künste Bern and for Goethe Institut in Japan, Bulgaria, Moldova, Mongolia and Sweden. He also writes a bi-monthly column for Berghain‘s flyer program. 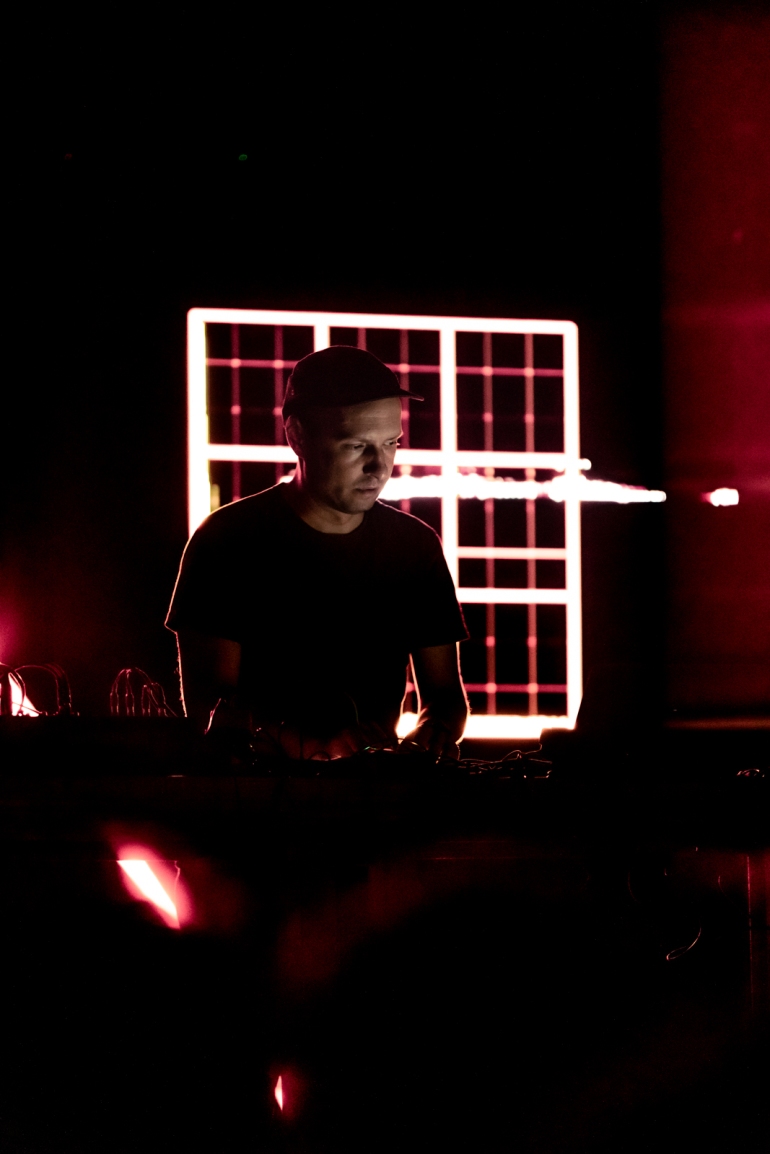