voices of the dead 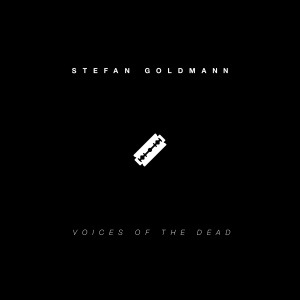 In ‘Voices Of The Dead‘ Stefan Goldmann examines the fleeting foundations beneath all music in an electroacoustic setting. The album was his first systematic foray into thoroughly planned examinations of the technological and aesthetic implications of techno, distilled into new forms that don’t necessarily sound like techno anymore. Schooled in psychoacoustics and empirical research, his practice as a producer and musician made him doubt the validity of common ‘parametric’ descriptions of music. Transcriptions of techno into traditional notation with its discrete divisions into pitch, rhythm, dynamics, timbre etc didn’t seem to qualify as proper representation of the intertwined entities and continuous movements characteristic of electronic music.

Metaphorically inspired by work with audio restoration plugins that separate ‘noise’ from ‘intentional’ musical information, Voices Of The Dead strives to remove any parametric aspects of organisation. The tracks exhibit neither consistent tonal or metric systems nor stable timbres. Instead, fluid transitions and continuous qualities that usually tend to appear between distinct events are brought to the front. The result is like listening to an inverted image of what is traditionally considered to be the fabric of music.

In the year of its release, Goldmann articulated his intentions as aiming at ‘impossible music’: Any stable formation of analytically identifiable traits could be considered to be linked to specific genres, individual styles or works. Thus, there must be a diffuse ‘background’ from which such formations emerge and against which they stand out. If all such systematic organisation could be purged, this background itself could be revealed – aiming at making a de-individualised base of ‘all music’ (music as a totality) audible: Not informed by a particular culture, time or location.

Obviously ‘reference-free’ creation is not possible. The pieces which make up Voices Of The Dead need to employ specific forms of synthesis and processes, residues of concrete sounds, techniques and approaches. Associations pop up all along the way and can never be avoided entirely – the phenomenon of apophenia comes to mind: seeing organised structure where there isn’t any. This symbolic struggle between identifiable stable elements and fleeting qualities carries the ‘Voices Of The Dead’, the heritage of an endless line of ancestors brought forward through the centuries: music, mitigating between the generic and the individualistic, between oblivion and cultural memory.

From this album, ‘Turret’ previously appeared as the intro sequence of Richie Hawtin’s DE9 Transitions mix album and was also added to the IMEB Phonotèque collection at Bibliotèque Nationale de France. The release concert at Berghain was the first Elektroakustischer Salon event, also featuring performances by Ricardo Villalobos, Mika Vaino and Ulrich Schnauss.